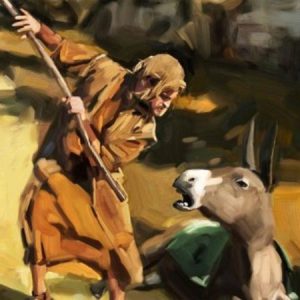 However, the ultimate irony is that what Balak could not achieve through either military or supernatural means he did through just sending in some Midianite party girls. Once Israel went astray with those pagan ladies, a plague came and killed many more than would have perished by Balak’s sword. Israel’s worst enemy is Israel.