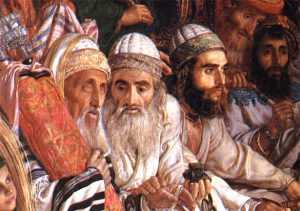 Shoftim means “judges” and Deuteronomy 16:18 begins with the command to appoint them. The Torah had suggested that these courts had to be established to resolve general disputes (Exodus 21:22, 22:8) but only here do we find the specific command to set these courts up in every city, probably because prior to this time they were not close to being settled in the land. Other warnings to kill idolaters in their midst follow along the lines of Deuteronomy 13 but lacking the provision that they do so even if predicted signs and wonders come true from the idolater’s mouth. Still other restatements of how courts should issue rulings, the roles of witnesses and the residing of the Levites with each tribe’s territory follow. Various other legal matters relating specifically to accidental death and serious injury are addressed in the remainder of the portion with a small break dedicated to rules of war.